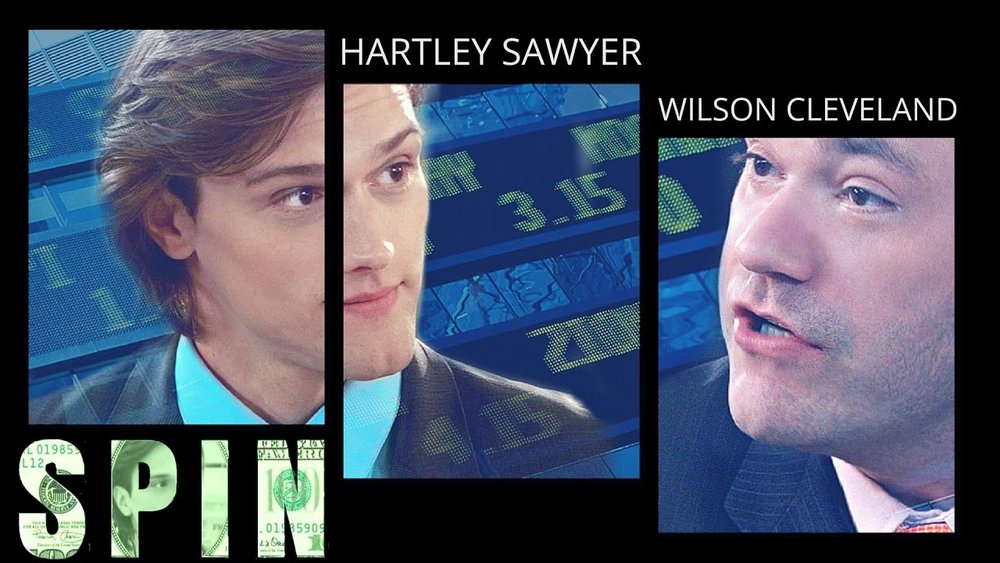 Set in the bustling newsroom of an upstart financial news network, Sawyer plays Scott Angelus, the ethically-ambiguous “Prince of Wall Street” who clashes with intrepid journalist James Locke (Cleveland), who is determined to prosecute and convict Angelus in the court of public opinion over the course of an intense 10-minute live interview.

“SPiN is like a cross between The Wolf of Wall Street, Frost/Nixon and The Newsroom condensed into a fifteen-minute film,” said Cleveland, who also serves as a writer and producer on the film. “I think there are five major plot twists that unfold in a very short amount of time.”

Beginning today, SPiN is available worldwide on Vimeo On Demand and YouTube and will become available on Netflix, Amazon Instant Video, IndieFlix, iTunes, Google Play and others in the coming weeks. Visit SPiN for the latest information on where to watch SPiN.