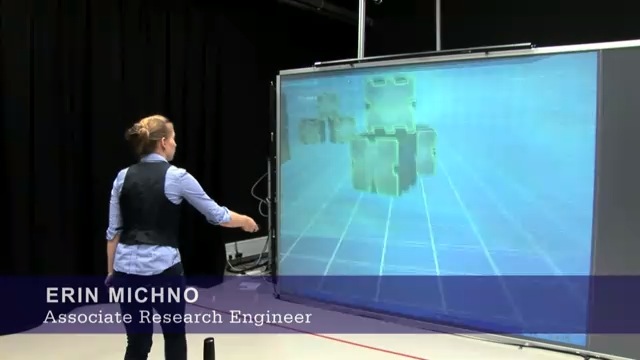 There are a lot of filmmakers who get their start because their (father / mother / uncle / babysitter / neighbor) is a renowned director or similar. While this has not been the case for us at Iris MediaWorks, we do have some family in the industry. For example, Patrick’s uncle Drake Michno has been a chemist at Kodak for the past 34 years, and has received both Oscar and Emmy Technical Awards for his work. Have you heard of VISION3 film? Drake Michno’s research was the driving force behind it.

In the past few months, Patrick has learned about two more family members who are doing film-related things. First, his nephew Jack, who is in the 4th grade, was the cinematographer for his elementary school’s news program! We certainly never had the opportunity to do things like that while in elementary school. It is wonderful that we’re fostering a new generation of filmmakers, especially at such a young age. If you’re curious what an elementary school news program is like (answer: it is absolutely adorable), check it out: Greenwood News Break.

On a slightly different note, Patrick’s cousin Erin Michno (Drake Michno’s daughter), has been spending her time developing a low cost method for controlling virtual cameras. Studying at the University of Abertay Dundee in Scotland, Erin is working on a project that uses a Nintendo Wii-like motion controller that will allow completely intuitive, immediately responsive camera actions within any computer-generated world. Their work is an extrapolation of the Simul-cam developed by James Cameron for the film Avatar. According to Erin Michno:

“This tool could completely change the way people interact with computer games, and the way computer-aided learning is delivered to students around the world…In the classroom and lecture theatre, having this level of control for such a small price would allow some things which just aren’t possible performing virtual operations live on screen, flying through the inside of an engine in any school and any university.”

The project, dubbed Motus, will allow users to move around in a 3D environment, looking any which way. Additionally, with the ability to activate a virtual tripod and/or a virtual dolly, along with aperture and focus control, the Motus system will open up a world of possibilities. Even better, the physical components cost less than 100 euros (~$136 at time of publication).

One of her associates, Matt Bett, says:

“The applications of…Motus…are substantial. Complex films and animations could be produced at a very low cost, giving new creative tools to small studios or artists at home. Computer environments can be manipulated in the same way as a camera, opening new opportunities for games, and for education.”

The future is very exciting. To learn more about Motus, see the video below. After the jump or check out this article at Gizmag.